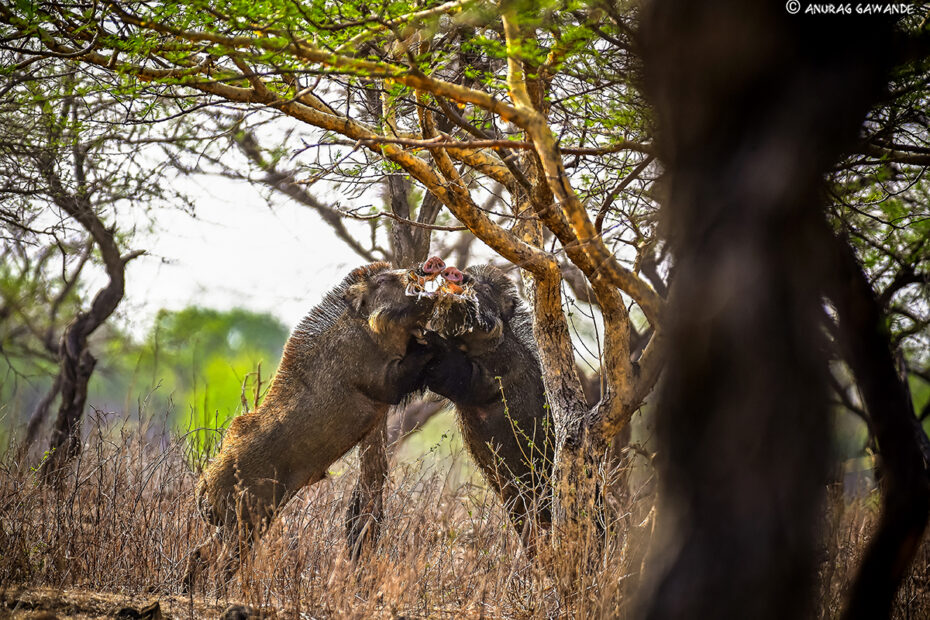 I was in jungle near my hometown. I was clicking some pictures of birds and animals. Then after some time I came across a large group of wild boars. They were all around my car. I started clicking some photos, suddenly I saw two male wild boars running behind each other, this was the first time I was watching something like this. Then both of them stopped in front of my car and started fighting with each other. They were huge in size and were fighting for territory, no one was ready to give up. But after some time the right one gave up the fight and handed over the territory to the left one and went away. Left one joined the group after winning the fight and he was the new boss of the group.