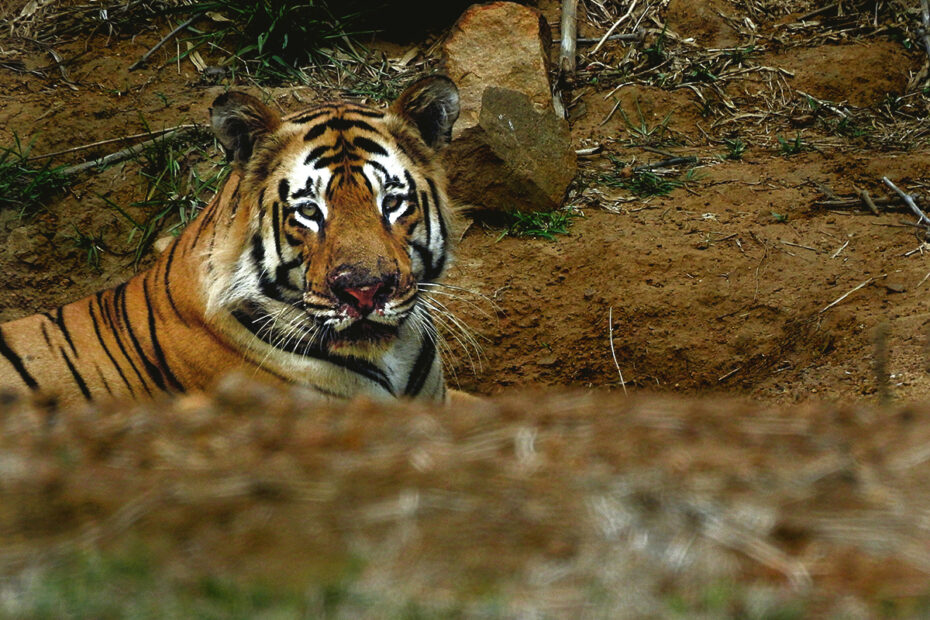 In 2015 I saw him for the first. He was young near about 5 yrs old. He was new to core zone of jungle. He was walking on road as he didn’t have his territory in core zone we followed him for half an hour. Then he saw something inside the bushes and moved there. My guide told me that we will wait here the tiger will again come on road. We were waiting for him to come on road as he was in dense bushes and not visible, there were no alarm calls, the whole jungle was silent. Then we heard a roar, it was very loud. And again there was a roar, at this time two tigers were roaring, we were not able to see them. All of sudden we saw both the tigers running after each, they were very fast ( wasn’t able to capture the running moment ). They were chasing each other and again went inside the bushes. It was a fight for TERRITORY. After 10 min everything went silent again, we were not able to know who won the fight. We waited there for 15-20 min and then decided to move forward. As we approached to the next water body we saw one tiger there with his nose bleeding but he was relax as he won the Territory fight. YES he was new king of core core zone Tadoba National Park. T54 ( Matkasur ).